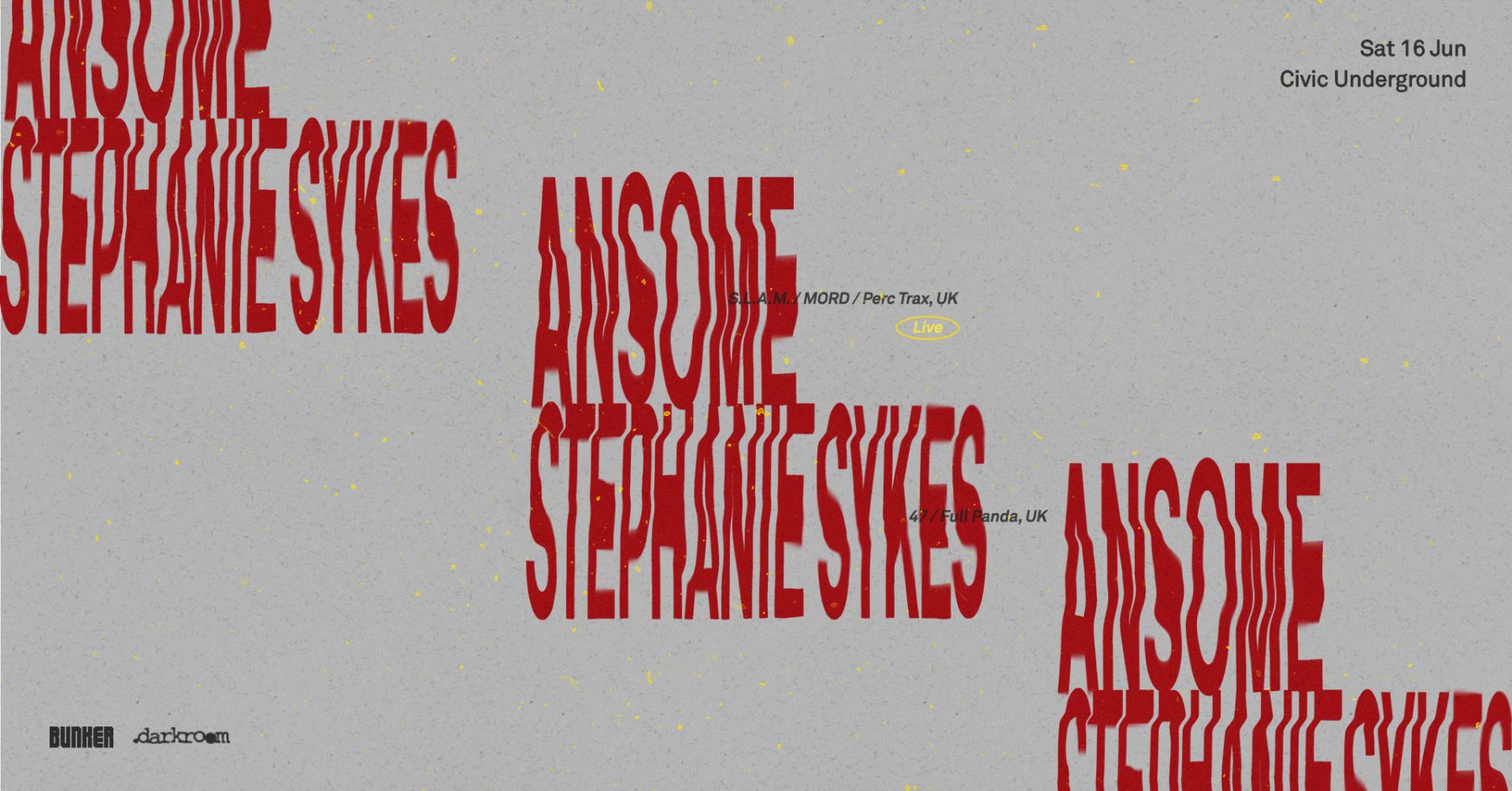 You know those rides that were SO GOOD that you just had to go again???

If so then join us in June when Bunker & .darkroom team up in a collaborative mode to present the return of Ansome (Live), plus the Australian debut of Stephanie Sykes.

Bunker’s Adrian Bell will also be joining the line up for this slammer of a soiree, making it a triple headlined affair. Along with .darkroom representation from our first lady of loudness, Qu-Zen, this event is sure to go down as yet another significant gathering in .darkrooms ever expanding rogues gallery of belters.

Her first foray into the production world accumulated in a two-track contribution on Luna Tactus on Fullpanda, together with Swedish artist Fjader. Spanning hypnotic, sonic-fused experimental techno with a broody, ambient undercurrent, Stephanie’s two tracks – Perplex and Hypo – served as a fine introduction into her stylistically techno-blemished sound.