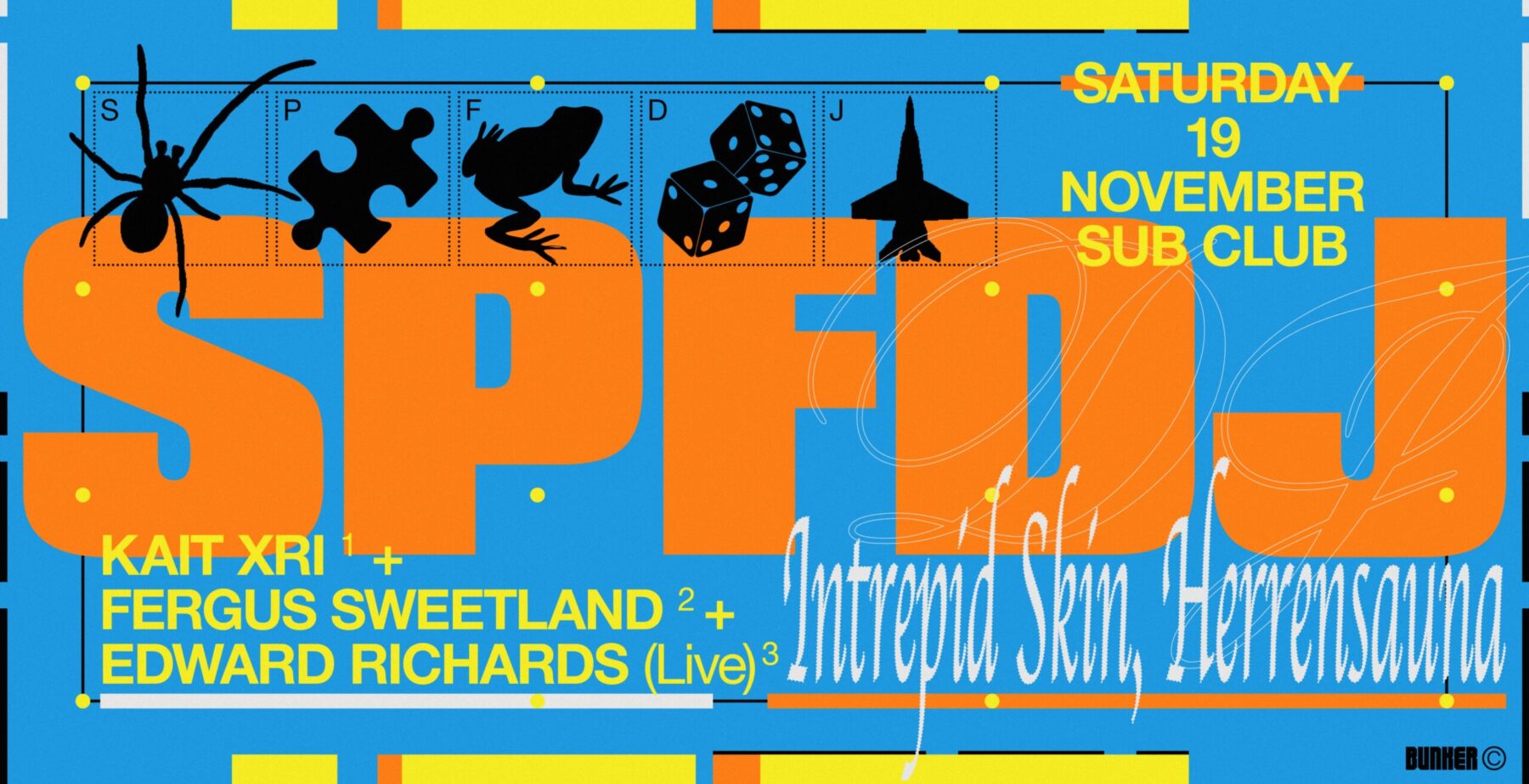 Back by popular demand, SPFDJ returns to the Sub Club on Saturday 19 November for an extended intimate set.

SPFDJ‘s sharp ascent is born of a taste for dynamics that approach and bank with ecstatic momentum. Occasionally working at vicious speeds, acidic techno climes are funnelled through kaleidoscopic wares from the wealth of high-energy outposts found across dance music today.

Hailing originally from Sweden, SPFDJ’s beginnings were in London as part of the infamous collective ‘Universe of Tang’, an ongoing club operation steeped in DIY means and mystifying aesthetics. A relocation to Berlin then prompted a new chapter of projects and activity, and the chance to import her affiliations. With SPRINTF, she runs the Cranial Handles transmission, the System.out sound system, and the latest party coerced into life: Power Play. Drawing now on the many and varied collaborative efforts at the heart of her activity, SPFDJ heads up ‘Intrepid Skin’, her label and outlet for autonomous developments in techno’s milieu.

With a trade strengthened by a residency at Berlin’s Herrensauna and multiple invitations to Berlin’s Werk as well as Warsaw’s radical collective Brutaz — most recently for their collaboration with Room 4 Resistance — SPFDJ is as deft in moving the most debaucherous underground space as she is at opening the floor for big clubs like Corsica Studios and Oval Space. Recent highlights include supporting DJ Stingray in London, an invitation to BenUFO’s XOYO residency, and an appearance at Red Bull Music Academy’s 20th anniversary party.

In the spirit of reconciliation Bunker acknowledges the Traditional Custodians of country throughout Australia and their connections to land, sea and community. We pay our respect to their elders past and present and extend that respect to all Aboriginal and Torres Strait Islander peoples today.

Patron wellness & safety is our primary concern and as such, we will be working closely with the venue and local authorities to ensure a COVIDSafe event. Finally, it should go without saying but, if you are feeling unwell please stay home to protect yourself and those around you.