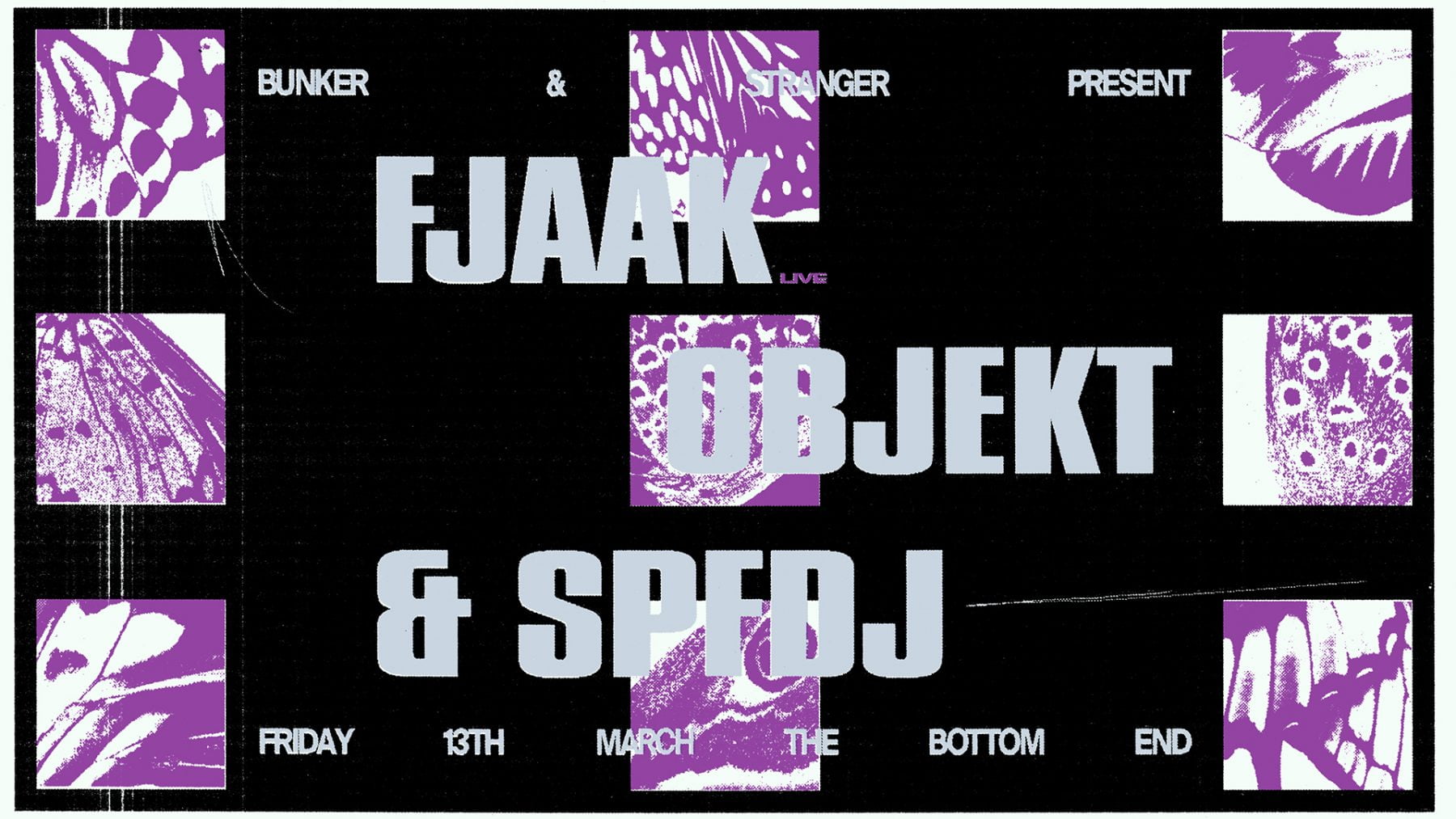 We are excited to welcome three of the world’s most prolific techno acts, FJAAK (Live), Objekt and SPFDJ.

From a Spandau-Basement experiment to a now well established force in contemporary techno, the rise of FJAAK has seen the duo become an internationally renowned creative force. Gracing stages at global festivals ADE and Awakenings, alongside numerous slots at the Circoloco Ibiza, District 8, and techno institution Berghain, their dedicated fanbase comes in spades. With eleven singles & EPs, two albums and a couple of compilation appearances under their belt, FJAAK can look back on a large discography (compared to their still relatively young ages) that packs quite a punch. This will be FJAAK’s Australian debut.

Alongside FJAAK we welcome Berlin based artist Objekt. Crossing a plethora of genres within his work, Objekt fuses electro, acid, bass, dub, and experimental into his work, whilst maintaining solid foundations in techno. Across his subsequent club output on labels such as Hessle Audio, Leisure System, Power Vacuum and his own imprint label, audacious sound design and meticulous arrangements have served to buckle and twist dancefloor conventions. His 150-bpm IDM opus ‘Ganzfeld’, released on a split EP with Dopplereffekt, was selected as Resident Advisor’s rather unlikely #1 track of 2014, while Mixmag named ‘Theme From Q’ their top track of 2017.

Finalising the lineup we are joined by SPFDJ. Hailing originally from Sweden, SPFDJ’s beginnings were in London as part of the infamous collective Universe of Tang. Occasionally working at vicious speeds, acidic techno climes are fused with kaleidoscopic sounds, making for a unique output. With sprintf, she runs the Cranial Handles transmission, the System.out sound system, and the latest party coerced into life: Power Play. Drawing now on the many and varied collaborative efforts at the heart of her activity, SPFDJ delivers Intrepid Skin, her label and outlet for autonomous developments. SPFDJ is as deft in moving the most debaucherous underground space as she is at opening the floor for big clubs like Corsica Studios and Oval Space.