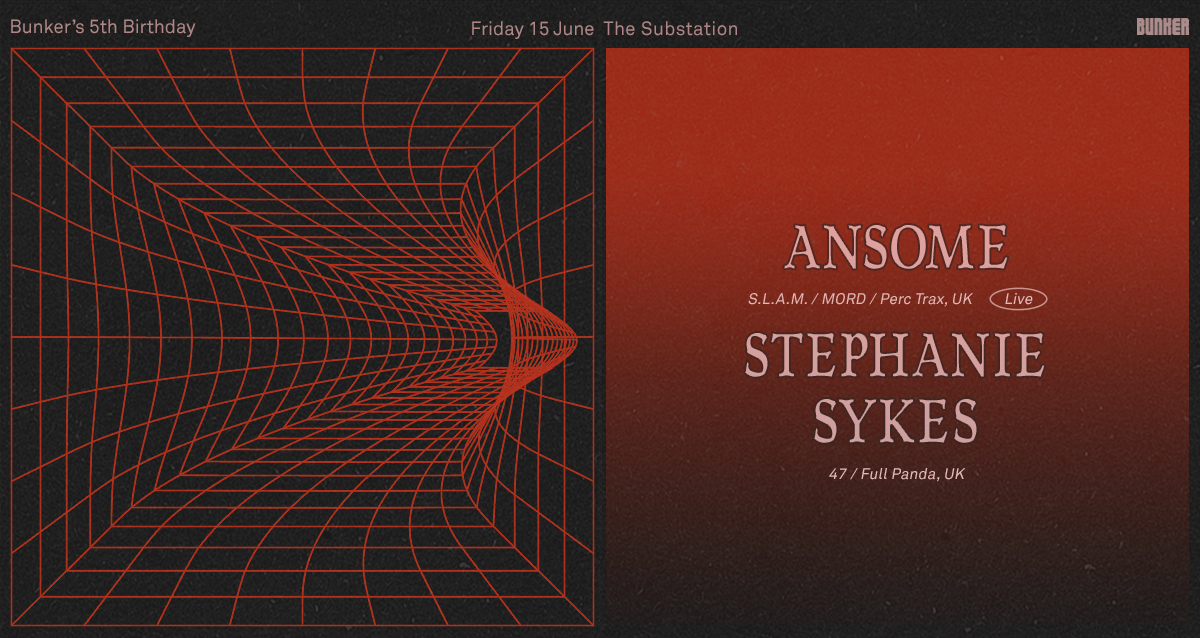 We return to The Substation for a third year to celebrate our 5th Birthday with the return of Ansome (Live) and the Australian debut of Stephanie Sykes.

Her first foray into the production world accumulated in a two-track contribution on  Luna Tactus on Fullpanda, together with Swedish artist Fjader. Spanning hypnotic, sonic-fused experimental techno with a broody, ambient undercurrent, Stephanie’s two tracks – Perplex and  Hypo – served as a fine introduction into her stylistically techno-blemished sound.