Hot Rod or Mad Rod (the alias he used when DJing), can attest to making a number of contributions to the Melbourne music scene. While Rod was also a long-time announcer on Tronik Voodoo Exorcism on PBS FM and a DJ, his greatest offering was co-establishing and hosting Club Filter alongside Jason Rudeboy in 1992.

Although Club Filter finished up over a decade ago, its legacy still reigns today and is remembered for its tastefully flamboyant and cosmopolitan parties. Club Filter was a place of many milestones in Australian clubbing; it was instrumental to the futures of a number of local DJs and the place where artists such as Voiteck had their first gig. It presented innovative international talent to Melbourne punters, invited international attention and above all, was the first club of its kind in Australia.

As the longest running techno club night in Australian history, Club Filter ran for 11 years, over nearly 600 consecutive Wednesdays. It borrowed heavily from the gay scene, and frequently exhibited the most obscure acts in performing arts such as electro poets, male strippers and drag shows. It became the most enduring club in Australia that still to this day, cannot be matched.

We chat to Mad Rod about the making of Club Filter, today’s Melbourne music scene and what he’s up to now – 13 years after Filter held its final party. 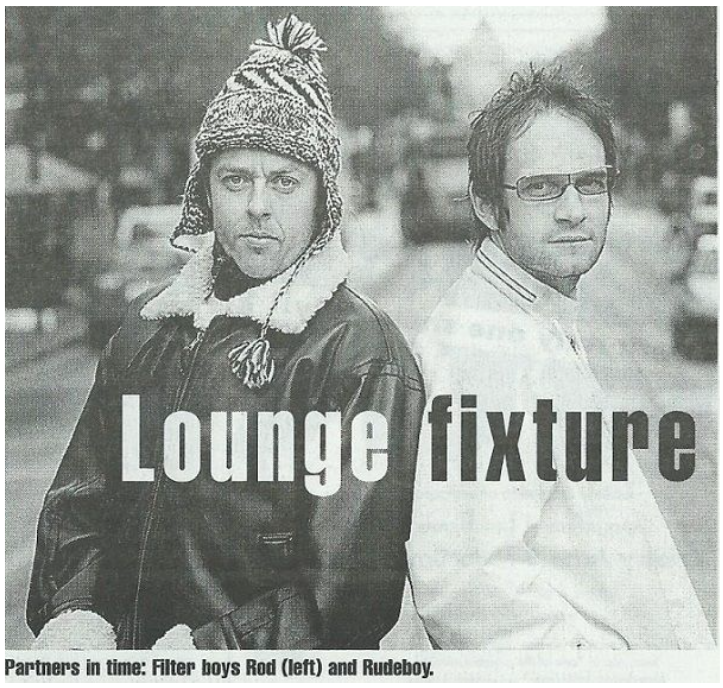 How did you first become involved in the industry and what motivated you to do so?

I started to go out clubbing when I was 13-14 years-old in the late 1970s, at this time I also started working in dispatch at a music store. The people I worked with who were older than me and some DJs at the time asked me to go out and join them at some local music bars/clubs etc. From there I started working in cloak rooms and as a bussie at some of these venues. As time then progressed I worked behind the bar serving drinks and then promoted some nights at certain venues across town – sometimes playing my own music collection. These periods in the very early 80s were for many of us not about anything but just pure survival and having fun. So if there was any motivation in these early periods – it was just our lifestyle and a job to pay to live out of home.

As I got a bit older and experienced the motivation was about creating a night club for the underdog and alternative lifestyle people who did not really fit in anywhere. As I only did the 1st year of high school, pretty much myself and a few others worked and lived our life in the early 80s night clubs of Melbourne illegally. Back then you could really do anything and I mean anything – in this day and age it would just never happen like this anymore. 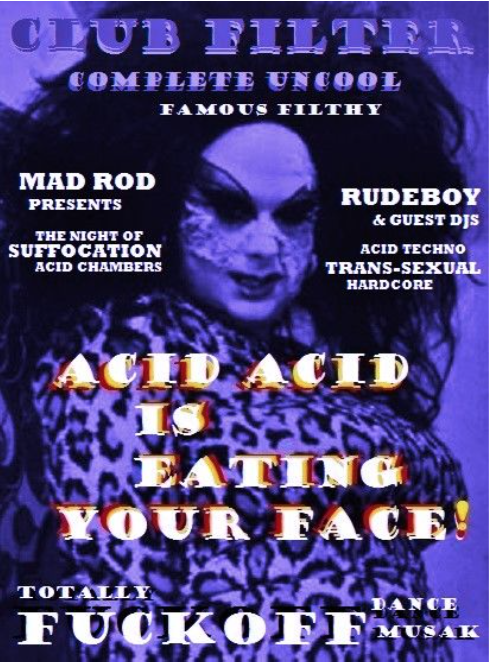 Club Filter lasted for 11 years and became known as an icon within the history of Melbourne’s dance music fraternity. What were some of the reasons behind its success?

I believe one of the main reasons for Club Filter’s longevity was Jason Rudeboy’s and my long party history and many associations in all genres of music and cultures globally through the years. By the time we had opened Filter in the early 90s we had now already been working and partying in related industries for well over a decade. The other most important thing was all our crews of staff and devoted patrons over the years who stuck by us and supported the cause. Jason and I tried every single week over the entire 11 years to provide music and themes that were new or not even heard of yet. Just remember too – the then Melbourne “Underground Techno Movement” we helped create was only new. Not only that – but Filter was a club for serious electronic music fans and even more serious full time party people. Our patrons every week ranged from 15 year-old school drop outs all the way to 60+ year-old social misfits, with all the rest in the middle being an array of anybody and everybody from all music backgrounds who knew how to party hard.

Filter was a dance social club where you would meet your friends or meet new friends and always felt safe and welcome. No one judged you or thought they were better than the next person, it was a second home for many. Over the 600 or so Filter nights we created – some of the biggest names in techno and house dance music history for those times played for us. Every artist would be always amazed how chilled/respectful and easy going everyone was at Filter. Over the 11 years 10s of 1000s of people came through our doors. We had many many 1000s of dedicated members, and on an average Wednesday night we would have between 300 to 600 people every single week without fail until the end – that’s madness!!!

Why do you think other club nights haven’t come close to this length?

I think why many clubs have not ran anywhere close to Club Filter’s length is often due to the owners or managers of the establishment where a Club/Bar resides. You have to have very dedicated long term thinking people who support the cause. Also, and very importantly, the promoter/s need to fully understand how to run a club and stick with that. Jason and I sacrificed a lot of our life and freedom over those 11 years to keep the club running. What started as some fun turned into a very serious club for us both! 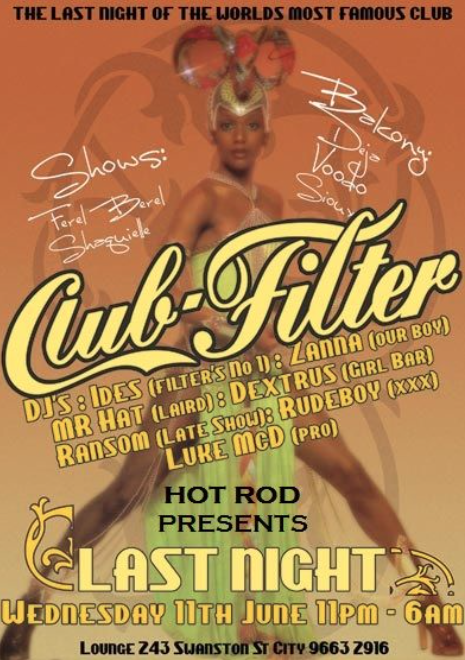 For a night to be successful, of course you’ve got good artists and good music, but Filter focussed on the overall atmosphere of the night. It was known for catering to an adult crowd, how did this change the atmosphere in comparison to other club nights of the time?

Yes, most of our members and crews where in the more mature ages of late 20s to late 30s (apart from a large crew of young old school ravers in the very early days). The main reason behind our more mature ordinated crews/patrons was Jason and I were older and we both individually knew and associated in older circles. Melbourne at the time too had a very large mature alternative scene of people from the 80s underground rock and band scenes who would come to the club as they liked the new style of music there.

How the atmosphere differed at Filter to other clubs around at the same time – image, hearing the newest music and seeing computer generated visuals that no one else had. Filter at this time was years ahead in many ways. The most integral part of Filter was the vibe of peacefulness and debauchery all at once – perfecto!

How do you think the scene has changed since Filter was in operation?

I think the “scene” has changed in a way that it’s not personal anymore – and as people these days have so many distractions via technology – there is not the excitement on a grand scale as there once was 20 + years ago. However, I’m an old school techno head so maybe there is even more excitement now and I have no idea – to be honest lol! 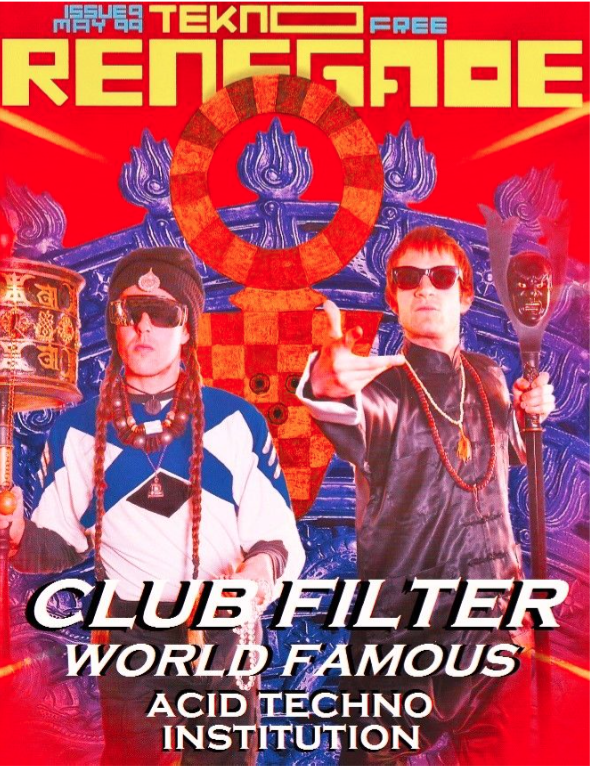 What do you think promoters today could learn from Filter’s success?

I feel if you want to run a successful club/night /venue you have to be 150% dedicated. It’s not about the promoters or Djs for that matter – it about the people who come.

What’s the worst/craziest thing that’s happened at one of your parties?

I think the craziest thing/s was at our yearly Club Filter’s Birthday parties with the famous Acid Punch I would make. Acid Punch for Acid Music – you can image the rest ….. AHHHHHH

The worst things – certain people thinking they were too cool – very dull but hilarious for us!!!

What was the biggest challenge that Club Filter faced over the years?

The biggest ongoing challenges were to always stay ahead of the game and keep the vibe fresh and people interested after years and years. Running a club without ever once stopping – continually for 600 weeks – that’s a huge challenge in its self! Also we had many newer industry people try and stop us several times to no avail also boring stuff – but funny really.

Club Filter was instrumental for a lot of local techno acts who got there first breaks at Filter, how important was it for you and Jason to showcase new innovative talent?

This was what made Filter stand out from most other clubs even today, Filter was a launch pad for local and international artists/DJs to do what they wanted to do as a creative individual. The importance of this was paramount to keeping the underground music scene alive and keeping Filter alive – they worked hand in hand! 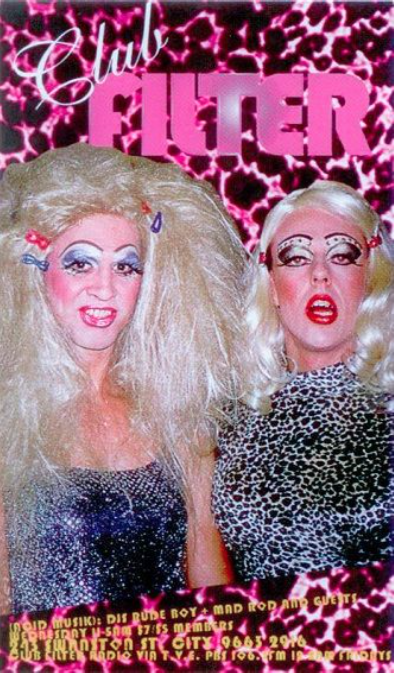 And finally, in another interview you stated that running Filter was a full time job and stopped you from going overseas. Were you able to do so when the night ended and what have you been up to since?

Well I did go overseas several times during the 11 years running Filter, however on a tight schedule. Both Jason and myself now live overseas since Filter finished in 2003.

I have been working as Television Producer/Host in greater Asia for some time now and have just been filming here at present in Australia for my music/culture related TV show.

Jason Rudeboy works in the oil industry and travels the globe weekly in search of the devil. 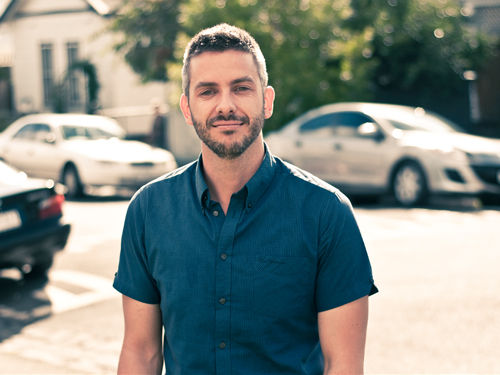 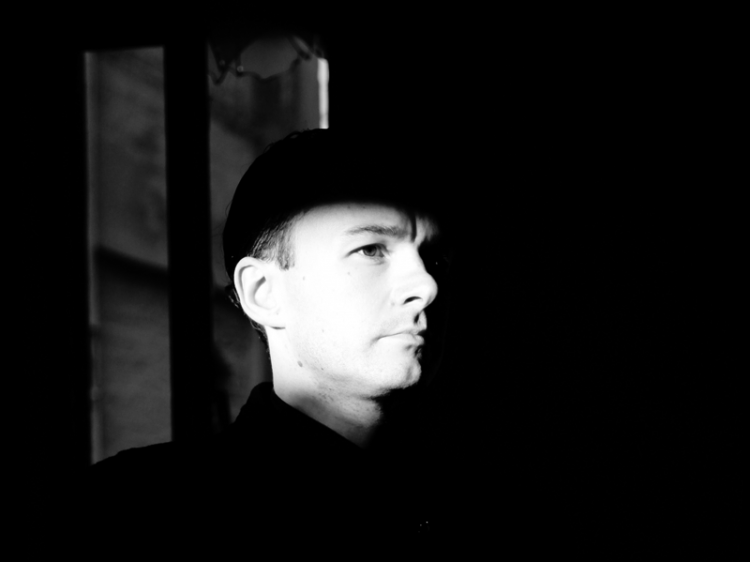 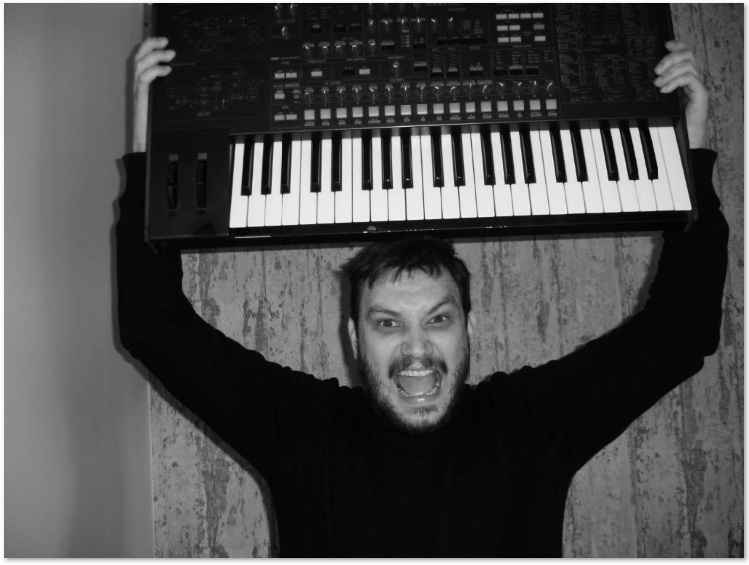