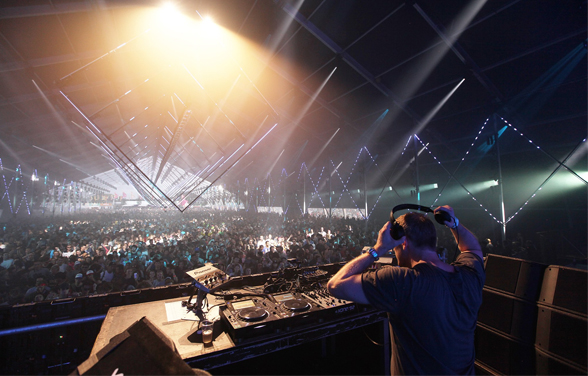 Ben Klock’s Klockworks has become a reference point for what modern day techno has become, for its very special 20th release Ben Klock has curated a 20-track compilation representative of the label’s past, present and future.

With the significance of the catalog number approaching, Ben decided to put together a collection of tracks from all Klockworks artists, including himself, the final oeuvre from the late Trevino, some up-and-coming artists and those who have never released before.

Each deliver one track to assemble a compilation which plays as an album, not only for the dance floor but ranging through from techno to deep atmospheres to left-field to acid and house.

With the support of DVS1 and Etapp Kyle, both protégées of the label touring alongside Klock since their debut, each deliver tracks that explicate their diverse talents. Heiko Laux as well as Benny Rodrigues who created his alias ROD to release Klockworks 07 back in 2011, go outside the box to contribute dream-like melodies. While Steve Rachmad, under his more techno-centric alias Sterac, and the artist behind Klockworks 18, Jay Clarke, both present a hypnotic intensity. Trevino’s legacy remains with his stunning contribution, a track he entitled ’Sombre Tones’ that Ben Klock has been using so far to open each Photon set as well as the event series official video.

Dax J, one of techno’s rising stars is included as a new face to the label as well as Jon Hester, Troy, Ritzi Lee, Reus, High Position, Yoikol, and Adam Craft. Newa, a female artist joining the roster from Tbilisi who will also be returning soon; and Vincent, having the honor to deliver the closing track, finishes off with an unmistakable house jam to illuminate any dance floor.

The impressive three-double EP package is due out at the end of September and includes artwork created by Ben Klock who is responsible for each Klockworks record design to date.