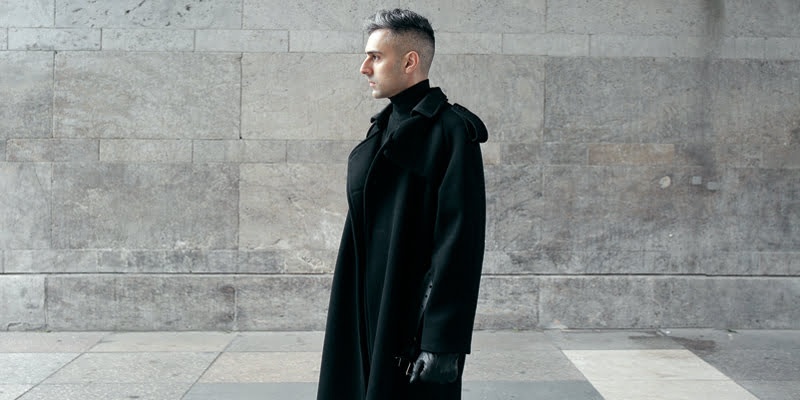 SARIN, the A/V industrial technoid electronics project of Emad Dabiri, releases his first ever full-length album Moral Cleansing on BITE. After debuting on the label last year with his Kuleshov Effect EP followed up by a collaborative 12” with Imperial Black Unit earlier this year, Dabiri advances his sonic identity by leaps and bounds through his application of subtle pop and electro elements with a greater focus on groove and melody, syncopated basslines, FM synthesis, and his signature cut-up sampling. The album showcases SARIN’s core elements as one of the main influencers in the current EBM techno wave with his brutally minimal sequences and abrasive drum programming. He began operating as SARIN in 2013 in Toronto before moving to Berlin in 2014. Since then he has been actively touring the world with his live performances & DJ sets. A remix 12″ of select tracks from the album done by Broken English Club, Privacy, Teste, and Phase Fatale will follow in January 2020.

Moral Cleansing is the result of Dabiri’s obsessive channelling of historical/geopolitical events, referencing past horrors & conflicts while also hinting at those that may come. He pulls samples, themes, and inspirations from forgotten atrocities and some that even resonate personally with his childhood growing up in wartime Iran. With its stepping rhythm and descending sequences, “Amiriyah” recalls the bombing of a crowded civilian air raid shelter by the US Air Force in 1991. Meanwhile, “SAVAK” takes its name from the CIA trained secret police of Iran under the Shah notorious for torturing students, artists & activists alike. Its disjointed rhythms are laced with ominous vocal slices lifted from survivor interviews as well as eerily beautiful samples of an ancient Sufi recital. The theme of psychological terror continues in the slow burn of “Psychic Driving” paired with those singular SARIN elements of minimalist groove basslines, militant yet dancey drum programming & paranoia inducing samples from interviews on now declassified government sponsored mind control programs and experiments.

These more introverted songs are balanced by some of SARIN’s most provocative, forward thinking techno tracks. The album opens with “The Culling” and its long droning strings that set the tone before ripping into the core of the song, unveiling a new laser precision to Dabiri’s rhythmic buildups. Multiple syncopated basslines melt together, carved to accent one another’s funk, recalling classic Detroit techno from Kevin Saunderson or Robert Hood as much as Wax Trax style Chicago EBM. The opening track of the b-side, “Repression,” plays with call-and-response style voice sampling, stimulating the rest of the driving bass underneath as thick sequences and pitched-down percussion collide to create a seductive body-moving groove. “Exocet II” is a rapid fire electro-industrial romp that invokes the speed & violence of Futurists past. The record also features a rare use of Dabiri’s own voice heard here in the form of shattered & piercing attacks over the schizoid-vigilante anthem “Images in Your Mind”. The album resolves with “Inextinguishable Fire”, a slow brooding industrial song intertwined with descriptions on the effects of napalm from the film of the same name by Harun Farocki. Moral Cleansing showcases new dimensions to Dabiri’s work, introducing a broader palette of melodies, sounds & rhythms combined with the evolution of his historical retelling into an urgent contemporary warning.

BITE presents its 10th release with the first ever full-length album from EBM/techno producer SARIN out November 15. The Berlin-based label founded in 2018 by Florian Engerling and Hayden Payne (aka Phase Fatale) is designed to present artists who operate beyond the borders of the common preconceptions of techno. Since its inception BITE has illustrated its increasing momentum by attempting to push techno into its next evolutionary state and cultivating a new razor-sharp sound imprint with upcoming label showcases in Paris, Tbilisi, and Vilnius. Into the next year, the label has planned an extensive release schedule including Ron Morelli, Reka, and Silent Servant. The next EP, coming out in September is a hypnotic banger, Midnight Sun, by New York electronic music pioneer Adam X.