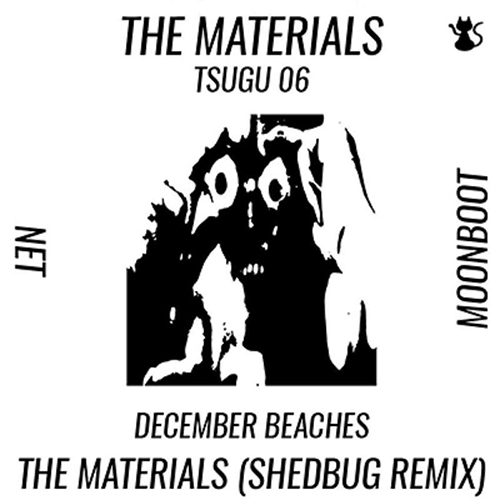 The title track begins with a vocal sampling of a conversation before the kick drum starts. With a meandering air, December Beaches plays with tempo; introducing a slow-brewing beat, he swaps in a punchy percussion that possesses a wistful undertone. Recorded for those moments when you’re still up at 4am on a weeknight, the US producer delves into the thick of experimental techno nearing the end of the track, with an eery synth sound that reverberates before edging back into the comfort of a percussive loop. In a similar vein, “Moon Boot” offers a solid 3-minute groove with a brassy xylophone-like melody that adds texture to December Beaches’ sonic palette. Toying with vocal samples from an interview with designer Rick Owens, he creates a nippy dance track.

As the EP’s second track, “Net” shares in this sense of experimentation but with extra pep. It shows off December Beaches’ unabashed tendency for twitching euphonies and amplified sounds like a buzzing bee. Starting with a hollow thud that gains momentum over the minute-long introduction, the track quickly builds up to a strong lick that strikes forcefully like a thwack at the back of your knees with a cane.

Featuring Melbourne’s Shedbug on remix duties, he turns December Beaches’ title track into a dirty techno stomper. Slowing the vocals right down until they become nothing but ghostly groans, he uses his modular set up to create a raw expressiveness of oscillating, up-tempo percussion.

The Materials is the 6th release in its series on Juxtpose’s Tsugu label. Following in suit from previous releases, this EP fertilises the crop of quality house and techno.

The digital release is out now on Bandcamp, with a one-off 12 inch still available to purchase.