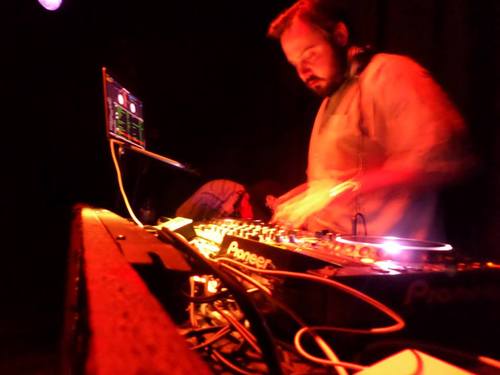 Iain Mac (Mr. Pyz/Stray/Yaldi Boomtime/Stockholm Syndrome) sat down with us to chat about where he has come from and where he is now ahead of The Hacker which he is hosting this Friday night at The Liberty Social. (tickets available here: https://www.moshtix.com.au/v2/event/the-hacker/71417)

So let’s start with the beginning… How/where/why did you get
involved in the scene?

It all started in my home town, Edinburgh, Scotland. Music was always
around; I guess I remember specifically when Kurt Cobain died in 1994.
That’s when I started getting into music. Basically up until that
point I liked music but it was force fed me by radio & TV. So I fell into grunge after
that point in time when Kurt died. Everyone was getting into grunge
and I’d always had an affinity with drums.

It wasn’t long after getting into some more serious music that I got
my first drum kit – around 15. I studied drums til I was around 19 or
20. I found inspiration in artists like Jimmy Hendrix and James Taylor
Quartet..

This then translated into metal, the label Road Runner was my
favourite. However by this point all my friends were into dance music.
Genres like trance and hard house which I guess nowadays is known as
hardstyle – horrible, horrible stuff. That was my early exposure to
dance music and I didn’t like it at all. Around 98 I got my first
pair of turntables, I’d fallen into hip hop and was obsessed with
scratching. They were a pair of direct drive Gemini’s and a couple
of Stanton headshells.

A good friend of mine, Andy Mclean got turntables at the same time and
gave me a couple of techno records. “Learn to keep these in time and
then convert that skill to playing hip hop” He told me. My friends
continued to share their records with me explaining that techno was
metal music the electronic world. There was one particular
day we were at an empty (free house). Andy said “check this”
handing me a new cd. After listening to it, I felt this release of
tension, my muscles were tight – I was like shit! The cd was Jeff
Mills – Live at the liquid room. I was hooked.

Up until that point i never understood a dance music DJ. Jeff Mills
was creating something new – he would create an encompassing body of
music with individual tracks.

In terms of events, we used to run generator parties in a local quarry
along with a couple of pub gigs. My friend Paul C that work in the
record shop around that time, a bit of an old dog on the Edinburgh scene, had been
given a new residency at a new night called Open to Tortured. It was
run in conjunction with Billy Nasty’s record label. Paul already had
a residency on the same night and decided to give me his slot. Basically I was in the record
shop at the right time. From there I went to doing the warm up for
Billy Nasty – I was supposed to be working at the bottleo that night
and quit my job to play the gig.

That was a major point in my life where I then had the opportunity to
work with some larger promoters. I’d gone from working in a bottleo to
working in clubs, working with audio-visual rigs and the like.

From doing that I got the opportunity to run my first club night on a
Tuesday called Split at Cabaret Voltaire witch later lead to my monthly event Access.

So why the big move to Australia, how long have you been here for?

I moved to Australia only 3 years ago; I was running out of time
before I’d be eligible for a working visa and the GFC was hitting
pretty hard back home. I was freelancing and had not long set up my
own installation business Red6. I got whacked
pretty hard by the GFC. Having done my thing in Edinburgh for around
10 years, with the hit of the GFC  there wasn’t much keeping me
there apart from a couple of club nights.

I was bored, I wanted a new challenge. I wanted to start fresh to see
if I could do it all over again or whether it was all just a fluke.

What parties are you involved in here?

The first stray boat party, how did it go?

It went awesomely – it sold out. No one would give me a gig so decided
to do one myself. I didn’t really want to do a club night so decided
to make things a bit more difficult; on a boat. I wanted to get involved with people
and show that you could put on a party. I wanted to get involved with
the Melbourne music scene and thought the easiest way was to do my own
thing. Im lucky I had a lot good mates in the city before i move here. Thay
really supported me and got behind the event.

So you’ve toured the Hacker once before. When/where? How did it go?

Split started March 5th, 2003 which was a weekly. Off the back of that
I started a monthly party called Access (A spinoff on Axis). The First time I toured The Hacker was Friday 4th June 2004 at Access. It was amazing.

Do you have a personal relationship with the Hacker, are you
friends, etc?

Not really we lost contact for a while. I guess he’s always been a big
influence musically. I heard he was coming to the city and I just put
my mind to getting it. I toured his last album in Edinburgh 10 years ago and
thought it would be a good milestone for both Stray and for myself to tour his new one out here.

How did this Hacker tour come about?

Basically after the last Stray boat party – we held an after party at
The Liberty Social and through organising this had got to know Jaff
the owner, who is also a fan of The Hacker. He knew the right people,
so we joined up to make it happen.

Got a new event new event starting at Loop bar called The Tiny
Spoon Club. It’s going to be a Boiler room cinema where people will
vote for their favourite. Boiler room sets. We’ll then play it on the night
in the back bar which will be set up like a cinema. Keep an eye
for more details.

Other than that there are going to be more Stray and Yaldi parties.
Our next event is Stray vs Sick Disco at Revolver Upstairs on 20th June.

etc: Stray – The Story So Far