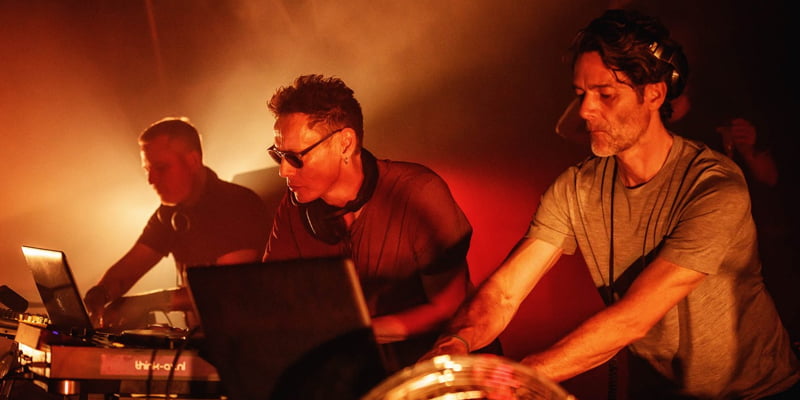 LSD is the coming together of three creative minds. Each entity, in their own right, has made a profound impact in the last twenty years on this thing we call techno. The project unravelled over the course of a trans-Atlantic friendship that stretches back two decades between music innovators Luke Slater, Steve Bicknell, David Sumner. The result, LSD, focuses on psychedelic aspects of techno while emphasizing the crosspollination of each member’s style and rhythmic sensibility.

The lysergic group formed at a mutual gig in 2015. After exchanging ideas the trio agreed upon on a project that would walk the line between DJing and live performing. By doing so, this allows each artist to manipulate separate elements and tracks to unpredictably construct and deconstruct the sound as a whole. Since its induction, LSD has debuted on Ostgut Ton with a three track EP titled “Process”, to much acclaim. In conjunction with their first release was a series of mesmerising performances at the likes of ADE, Berghain and Dekmantel which has led to them playing headline shows ever since.

2019 will see the group launch their self-titled label, gearing up a number of releases that specialise in their signature sound while upholding their core values of unifying their individualities through spontaneity. Throughout the duration of the year, you can also expect to see LSD popping up at some of the world’s most compelling locations.

The conclusion, three minds, six eyes and hands plus over two decades of musical and cultural exchanges all get wrapped up into one creative force. This is LSD.