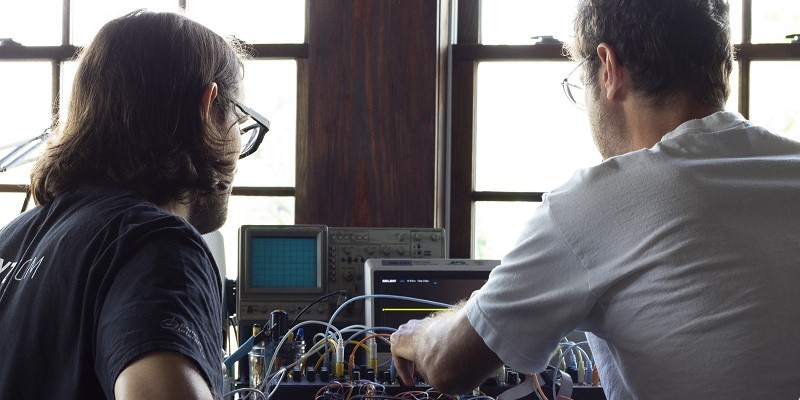 “Strega Musica” is a collection of music created with Strega, an instrument designed in close collaboration between Make Noise founder Tony Rolando and Alessandro Cortini. Thoughts on the collection from Strega’s co-designers can be found below…

“It’s quite inspiring when people connect with your output and your works, making them theirs, finding their own emotional color in them. It’s truly magic and I will never stop being thankful for it.

Creating an instrument that reflects your idea for a vessel of compositional creativity, and seeing it stimulate other people’s creative output, has to be in a complete different level, and I couldn’t have been caught more off guard by it.

Hearing what people all over the world have made with Strega is invigorating and overwhelming!

If all that wasn’t enough, I’m here to present you a compilation of pieces composed on the Strega by some of our favorite musicians and friends: it’s really great to see how each of them was able to make the instrument their own, and speak their own language through the grammar that is Strega.

May you find your own language through it as well… happy exploring!”

“As a listener, I am forever seeking music that has the ability to put me into an alternate space. Sounds that let me travel fluidly through time, forward or backward. I’m not usually looking to be in the now while I listen, as I must be in the now for most other parts of my life.

As an instrument designer, it makes me happy when people find a process, a patch program that creates a sound I’d not known was possible with the instrument. If that sound connects on an emotional level and takes me away from the now, the listener in me is also elated.

As a musician, I’m looking for an instrument that wants to connect with me and travel. Searching out a future I wish to know, or a past time I’ve lived. Maybe a moment I never thought about until I played that instrument on that day.

It doesn’t matter if the sound is complex and never before heard, or simple and universally heard for decades.

As a listener, I traveled fluidly through time as Strega Musica played.

As an instrument designer, I was surprised by the sounds these artists achieved. As a musician, the Strega sparked in me an energy I’ve not felt in a decade.”