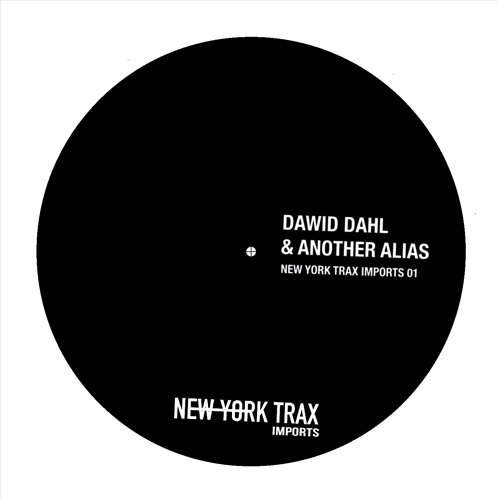 Brooklyn-based NEW YORK TRAX, drops its latest release, opening their doors to international acts. While the label is described as an “outlet for New York music, by New York artists, in New York city,” the label has made the decision to move into the global sphere. Coming in as the first record on their New York Trax Imports imprint, New York Trax Imports 01, is a split EP by Stockholm-based artist Dawid Dahl and Dublin’s Another Alias.

Known for his thunderous live sets, Dahl’s contributions consist of two intense tracks with driving kick-drums. “Krig” is the first of the two and encompasses a frenetic yet controlled arrangement, resulting in an overall feeling of discordance. His other offering “Gehenna,” concludes the EP with an industrial penchant and a greater emphasis on darker melodies. The generous presence of hi-hats acts as a welcomed relief in the wake of an unremitting kickdrum.

Sandwiched in the middle, is Another Alias’ “Craic Fiend;” a ruthless face-melter. Laden with throbbing sonics, the Dublin artist sources tonal variety in his combination of distortive, haphazard melodies and steady bass drum.

New York Trax Imports 01 is out now on vinyl.