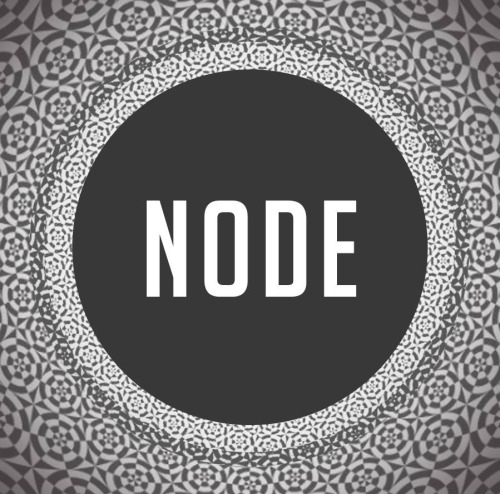 Defined as a point that is contained in a network where pathways are intersecting or branching off each other, forming a lattice of connections, links and bonds that are all tied together. Yet, the second definition of node is the original basis of the word. Coming from the original latin word ’nodus’ meaning “knot”, the ethos and purpose behind Node is a duality of these meanings.

We stand to be a single point, a location, a hub and a centre for all sorts of acts: from up and coming producers and talented amateurs to established local artists and DJ’s. We want to give them a platform to showcase their skills, talent and passion for music whilst also networking with the others who’ve previously been on Node: branching out and connecting with each other. Gaining good friends, new creative influences and hopefully some potential future collaborations form in the process.

However, the ‘nodus’ definition perfectly exemplifies the very idea and purpose behind what we do, and why we do it: Just like a Knot, we want every single person who’s played one of our shows to feel connected and tightly bound to a passionate, loving, forward thinking and very strongly driven community. A community in which each member has a burning passion for electronic music and a thriving desire to give back to, and support, the Melbourne underground techno scene. Node is here for us to continually extend and improve. To enable everyone to enjoy this breathtakingly amazing, passionate and ever growing electronic music scene we’ve all come to know and love.

Node is the creation of Melbourne Techno DJ and Producer SFBM, who is both the creator, promoter and show-runner for every week. A hard-working producer who, in his short time in the techno scene, has worked on some international techno collaborations with European producers via Soundcloud and has just signed onto local Melbourne Techno label One4SevenOne Records with the release of his debut EP ‘Chronotype’ due in the next month: Tracks that are full of dark, atmospheric sounds, crisp driving percussion, massively thick, heavy set kick drums, psychoactive hypnotic melodies and accompanied by deep and thunderous rolling basslines.

He is now currently working on an unforgiving, sonically imposing and rhythmically explosive techno EP with friend, fellow producer and Node co-host Alter-Mind; This EP marks the start of their new techno production and DJ outfit, already having secured a label for release as well as organizing remixes by local techno heavyweights Lateral and D-Rex who have already made a massive mark on the underground scene having releases on labels such as One4SevenOne, Green Fetish Records and Machine.

Helping out with weekly operations and occasional co-hosting duties are Alter-Mind, Devant and Sundelin Music: – A carefully hand picked crew, each chosen by SFBM after meeting them through various Bunker parties as well as the Unfold collective parties. Noticing their very strong mutual interest in driving, hypnotic, dark and melodic techno; all four of them have united to as one solid crew to display their unique knowledge and take on all things techno, house, ambient and electronic, in addition to showcasing talented guest DJ’s who they find to share the same passion and dedication towards electronic music as they do. Intertwining tracks from established and up-coming artists from Melbourne to all the way across the world, Node is here to submerse you in both heavy, intelligent, hazy and ambient soundscapes; as well as dark and driving mind-blowing techno tracks.

Node is broadcasted live on trnsmt.tv weekly, every Thursday from 10pm to 11pm.

Submerse Yourself in Quality Techno on “Node” Weekly on TRNSMT