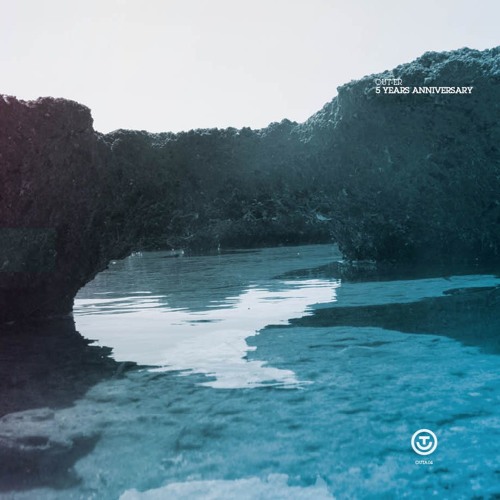 Italian label Out Electronic Recordings (Out-ER), has released an LP with some of the world’s most celebrated names in techno in commemoration of their 5 year anniversary. With a steady output of techno heavyweights, the label has housed releases by Orlando Voorn, Terrence Dixon, Christopher Rau, Aubrey and Civilian (not to mention the precious remix offerings of Efdemin, Juan Atkins, Inland, Legowelt and ROD) in the past two years alone. For this release, Out-ER has sought out some fresh, stylistically varied techno by inviting a crew of notable figures to celebrate the milestone with a double 12” compilation.

Kicking off with Efdemin’s ”Don’t Bang Your Fingers,” the Berlin-based artist sets out on a short cosmic journey with celestial synth sounds. He does what we expect Efdemin to do; and that is to create something completely unexpected. Establishing a groovy foundation for the rest of the LP, Efdemin’s bizarrely vocal-sampled introduction ends as abruptly as turning the switch off to a TV. Following ”Don’t Bang Your Fingers” is the UK’s Aubrey, who takes on his much-loved old-school inspired production to deliver a funky yet melancholic track in “Data Block,” which is enriched with mellow synths and shimmering patterns. This old-school feel is continued later in the LP by Civilian with “Pacify,” and his high octave, screeching filters, and spaced out production with reflective atmospheres and melodies.

“Speculation” is a track of stark juxtaposition and feels as though it has been slowed down in parts, while the heavy beat remains a steady 4/4. The Analogue Cops take the LP on a journey into atmospheric waters with the elastic, airy melody and raw musical aesthetics, before finishing strongly with a deep detroit-esque bassline that fights for the spotlight. Frequency (a.k.a. Orlando Voorn) and Juan Atkins’ “Reloaded” is a lovely piece of work, supplying a dub arpeggio, and clear and minimal undertones, resulting in a track that has more body than Frequency’s previous releases on Out-ER under Orlando Voorn. Together they create a dream team for a funk-orientated formula, smelling like the suburbs of Detroit during 90s.

Moving to the release’s C side, label boss Simone Gatt offers a melodic trippy cut, making his presence known with bright synths, racing limpid drums and percussions. The imposing 4/4 kick drives the listener through an up and down abstract dream. Following suit, Italy’s Haiku, and Inkblots and Raw Waxes owner, Irakli, provide the darkest cut of the compilation. The pair have been collaborating for some time now and is evident in their gelled release; “Alien Talks,” which was created during an extended jam session in the South of Italy. They feature on the compilation uniting both musical aesthetics for an obscure yet electric release with plenty of micro variations and minimal patterns.

OUTA04 will be released on Out-ER on 5 December.