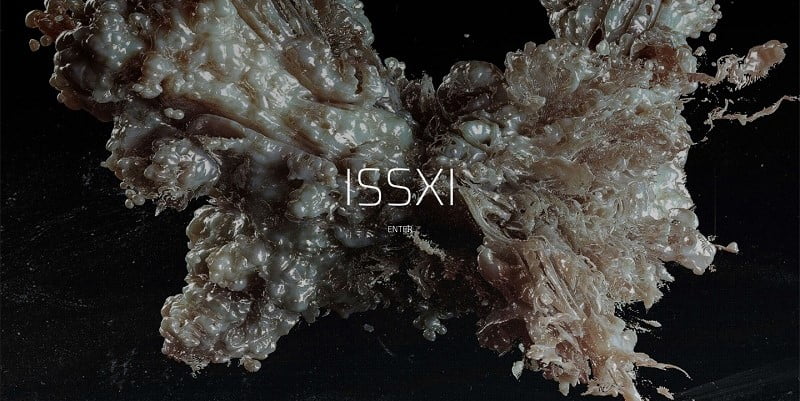 In Silent Series X is a new collaborative project based around a sound set, created by label head Positive Centre.

The projected has created and assembled a huge batch of sounds for producers to use in their own various musical experiments. Within the pack are hundreds of loops and sounds to serve as raw materials to be cut up, rearranged and manipulated by producers in the making of their own tracks, which can be submitted to In Silent Series and considered for a future compilation.

Following the first round of submissions in March, seven separate EPs were created – featuring a grand total of 28 productions from a series of revered acts including Pfirter, Inigo Kennedy, VSK and Codex Empire. In no particular order, we’ve selected five of the most impressive tracks from this inital wave of releases from the project below:

ISSXI.I EP 1| Ruben Ganev – Intercept
One of the highlights of the project’s very first EP, ‘Intercept’ utilises the provided sounds to create a truly hypnotising track. A rumbling bassline is the undercurrent to the ebbing and flowing of authentic tribal samplings, with a kick that stands out proudly amongst the other strong contributions on the release.

ISSXI.I EP 5| Arnaud Le Texier – Process
The fifth EP is inclusive of further great utilisation of the provided ISSX sounds – evidently shown through the dubby stylings of Arnaud Le Texier’s ‘Process’. The track immediately unveils a thumping kickdrum reminiscent of some of the genre’s most astute producers, progressively added to with some of the more interesting sounds across the first wave of EPs.

ISSXI.I EP 6| Ntogn – Through the Mines of Khazad​-​dûm
With a title that references the precarious mines of Moria from the Lord Of The Rings, it’s a track title that garners immediate interest. The delicate composition of this track is as precise as it is powerful, creating a dark, unsettling scene in the minds of the listener. It’s best feature is that it distinctly avoids stagnation, constantly evolving with exciting sounds and sample inclusions.

ISSXI.I EP 6| Plaster – SPHX
Strong chords strike immediately at the start of Plaster’s ‘SPHX’, straying on and off beat during it’s exhibition of the sounds provided by ISSX. It’s a contribution that does an excellent job of showcasing the true breadth of productions across the various releases; pairing heavy kicks with breaky, metallic soundbites.

ISSXI.I EP 7| VSK – Silencio
The Italian already boasts a commendable discography, producing across a myriad of genres including collaborations with heavyweight artists Scalameriya and Giorgio Gigli. This particular production encompasses a deep, ruminating tone with some of the industrial stylings utilised across the various EPs by fellow artists. However, VSK’s combination of rumbling basslines with sharp, purposeful samplings that allow the elements room to breathe make this one of the best contributions to the project.

With the second round of submissions finalised, The NEXT (3rd) submission date for this project is 1st September 2020 – all sounds are otherwise copyright free and can be used as desired. As a guide to these sounds, In Silent Series will be releasing a further series of 4 track EP’s created by some of the most talented producers of the modern era using the In Silent Series X Sounds.

Enter your submissions at https://soundcloud.com/in-silent-series.