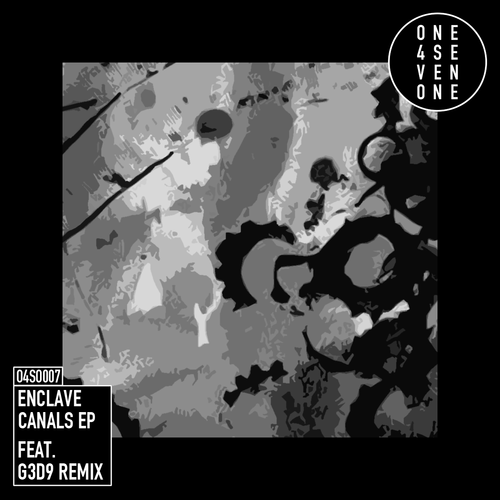 The seventh release for Glasgow via Melbourne based record label One4SevenOne was released early last week comprising of 3 massive tracks from Melbourne based producer Enclave and a powerful remix from another of Melbourne’s finest, g3_d9. Right off the bat we have to say that this release is very mature and hopefully a sign of things to come for the label, it’s precisely progressive with each track in regards to both BPM & rhythm and at times it can feel almost claustrophobic (in the best way possible) as the sound is very dense and full of substance.

Atmospheric & spacey the first track “Canals” sounds like something directly from Peter Van Hoesen’s Time to Express (T2X) label and is perfectly suited for two roles. The first as a warm up to get the ball rolling at the start of the night and secondly as a wind down, after hours track to ease the crowd after a long night on the floor.

With its rat-a-tat highs and distinctive rolling techno groove “A Miscreants Caucus” is the standout track of the release for us. The rolling, chugging bassline and slightly hypnotic undertones come together to create a real monster of a track. The old phrase “less is more” certainly applies to this one.

Finally, the last track on the EP is a remix of “Canals” from g3_d9. If you’re looking for a tune that eases it’s way in this is not it, the remix comes right out of the gate, wasting no time to get out of second gear to build itself as a classic 4 x 4 techno stomper. Making no compromise it encompasses both a solid g3_d9 kick overlaid with the atmospheric melodies from the original release.

The full release is available for download now right HERE.