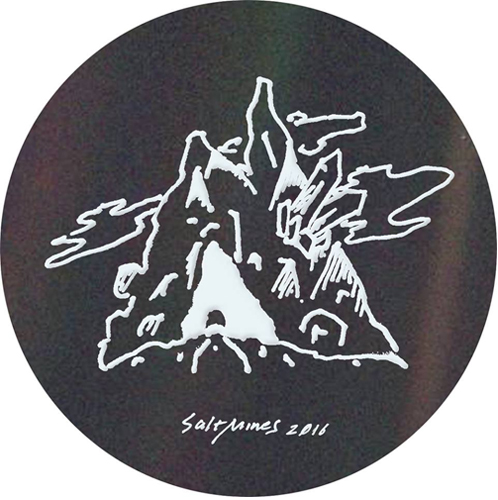 Taking another step into the land of dreamy, ambient electronic music, SALT002 comprises of four stand-out tracks from artists in Melbourne and beyond.

Released on Aussie imprint Salt Mines, the EP comes as their second release, following on from the sell-out; SALT001. Described as a four-track release “where sunny Italian beaches meet deep Australian forests,” Salt Mines first release was a huge triumph in getting Australian music, and music from other parts of the world, mingling. SALT002 works with the same recipe, just different ingredients. Featuring some astral house and ethereal techno, together with driving bass lines and melodic grooves, the selection takes listeners to celestial heights and beyond.

With all tracks over the 6-minute mark, each contribution is a journey through different sonic landscapes. Easing into the EP with “Raw Bass (Dub 1)”, 92 Spacedrum Orchestra uses tactile pads and hissing drum machine to create a track that it worthy of smoke machines at hazy 5am. It has a real futuristic feel to it that encompasses the groove of Melbourne despite being a Dutch artist. Likewise with “Always Anyways,” TV Out shows off the Tel Aviv duo’s aptitude for rolling deep house grooves, with their hi-hat loops and smooth rhythm.

“Route’s Acid” is the first feature from a Melbourne artist on the EP. A slight mix-up from the previous two tracks, Hymns incorporates the sounds of traditional Aboriginal music with a didgeridoo and subtle clapsticks. The halfway point marks a stimulating turn for the EP, when the bass cuts to reveal the unfiltered tradition instruments. TUC’s “4x5_83x2” is an ambient masterpiece that twinkles with clouded, lo-fi synths before a kick-drum is introduced. With the various bleeps, blimps, and shuffles, the Melbournian exhausts each element before a placid fade out.