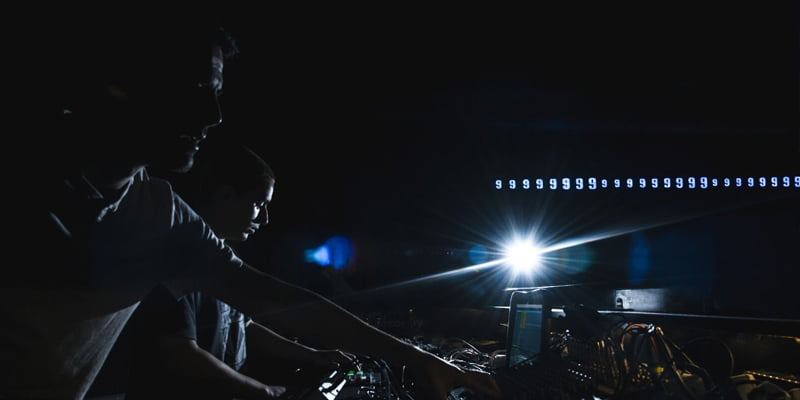 Bunker proudly presents the Australian debut of one of the most sought after techno acts of recent years, 999999999 (Live).

999999999 is an abstract concept from the minds of two people who do not feel the need to define it. It is spontaneous, random, unlimited. This project, officially started in July 2016 and has already affected several important Clubs and Festivals in different cities in Europe and aroused much interest even outside the continent.

Their first three releases on their label “Nine Times Nine” and their appearance on Planet Rhythm special “303” vinyl release were immediately sold out after few hours.

Live is what they are whether in or out of the studio, they are spontaneous. Improvisation with hardware is the key element of their performance and is impossible to replicate.