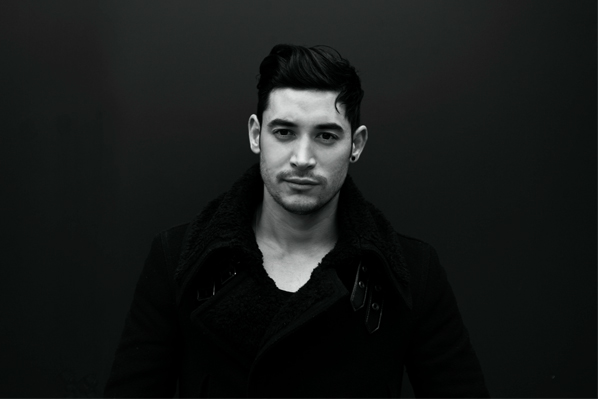 Dax J is a London born, Berlin based artist, known as a powerful DJ, producer and label boss. His trademark sound is on constant rotation from the biggest DJ’s in Electronic music today.

He has performed for the most renowned clubs and festivals in the world including; Berghain, Awakenings, Dommune, Fabric, Reaktor and Glastonbury to name a few.

In 2015 Dax released his highly acclaimed debut album “Shades of Black” on his own label “Monnom Black.” Mixmag awarded it “Album of the Month”, it reached the No.1 spot on Juno Records with Hardwax describing it as “Brilliantly Banging”.

His current and past productions have earned Dax BBC Radio 1 airplay on multiple occasions throughout the years, including having his tracks featured in the BBC’s Essential Mix episodes from Dave Clarke and most notably in Ben Klock’s award winning Essential Mix of the Year in 2015.

Dax grew up listening to the UK sounds of Jungle, Drum n Bass and Garage. Being heavily influenced by Drum n Bass heroes like Goldie and Bad Company, his love for the underground meant he soon started to DJ on pirate radios at an early age of 15 whilst he was still at school. He became an avid vinyl collector buying from his local record store “Black Market” on a weekly basis, whilst at the same time producing and crafting his sound. His first vinyl releases would come in 2005 on old Jungle labels like Mickey Finn’s “Urban Takeover” under alias “Dangerous” and his own imprint back then “Xplicit Sound.” Following on from this Dax went on to discover the sounds of Techno during one summer spent in Ibiza. From this point on his passion for cutting edge 4 by 4 beats took over but the old Jungle influences are still heard today in his DJ sets and productions.

Degree educated in Music Technology, Dax runs his own studio in Berlin where he also works as a Sound and Mastering Engineer. With a constant supply of music set to be released and a packed tour schedule around the globe, the UK artist is firmly set for another successful year.