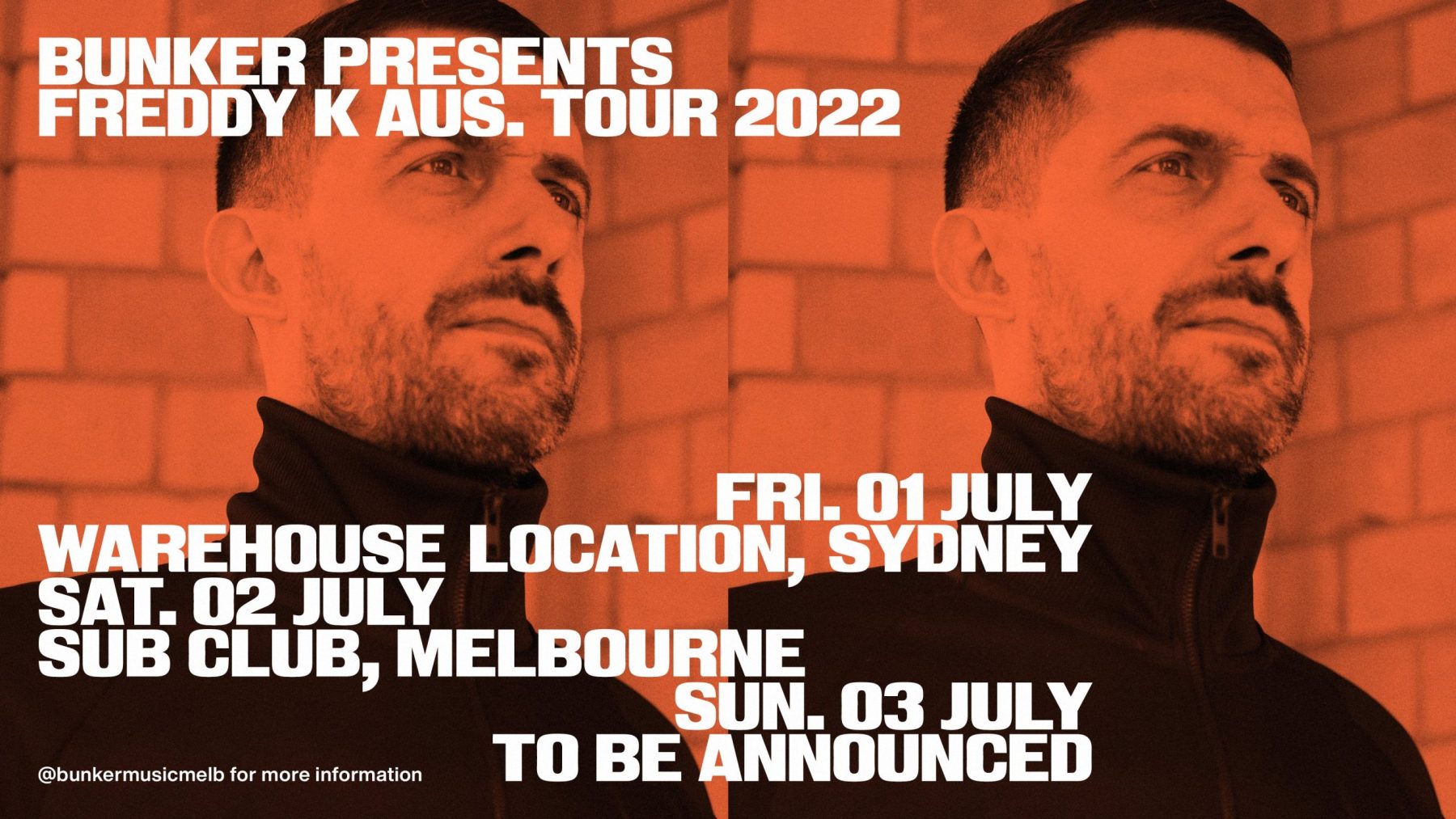 Since the ‘90s, Freddy K has been tirelessly campaigning from the dancefloor; defending vinyl; championing young talents; and reinforcing the scene from the shadows.

Known for his marathon DJ sets and deviant selections, Freddy heads up KEY Vinyl having formerly played a backstage role at M_Rec, the label he helped run with best friend Max_M. Before this, it was the now iconic launch of his ‘Virus’ radio show at just 21 years of age that set in motion the beginnings of an illustrious career.

Freddy K sets are characteristically mercurial and 100% tailored for the dance, utilising a “360° style of techno” which pays respect to genres far and wide. Debuting at Berghain in 2013, his pedigree as an artist was appropriately recognised just two years later when he was given closing duties – the first of many to this day.