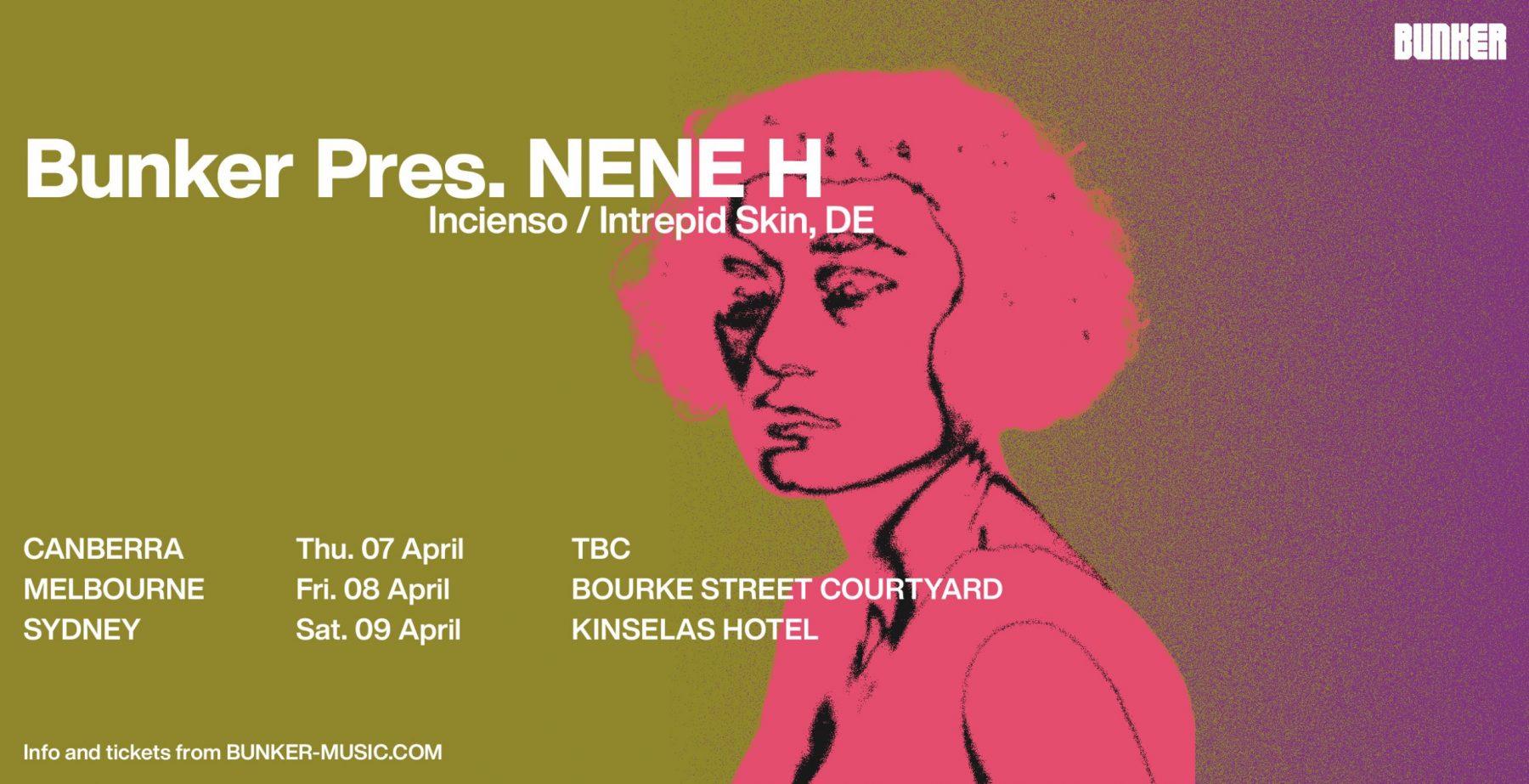 Nene H is one of the most exciting underground DJ’s in Europe. Based between Berlin and Copenhagen, she has a highly refined taste in groovy and highly energetic techno. Her love for old school rave keeps pushing her to evolve her repertoire that can make any dancefloor boil. She is highly skilled with her analog gear and bold live sets, with her openness to other genres, courage for experimenting, taking risks and surprising the audience through her artistic projects while always keeping the focus on techno first.

Her journey has just started and has already seen her play some of the best clubs in the world such as Berghain where she debuted last year. Nene also has strong ties to the Copenhagen scene through her residency at one of the scenes most hyped parties, ‘Endurance’, and in Berlin where she is a resident at one of cities best queer events, ‘Tame’.

In 2019 she released her ‘Feast’ EP on Intrepid Skin, a blistering four-track hard-hitting body music experience. She also took part in two compilation series ‘Rotterdam’ and ‘Heldersmat’ on Mord Records alongside many great artists.

Coming from a classical music background she uses her theoretic skills and musical knowledge in her experimental projects, where she has played boundary pushing live sets at the likes of CTM Festival and Berlin Atonal. Her last solo project at Berlin Atonal, “Rau//Reue” was considered one of the most interesting performances and she recently premiered her latest project “Chela“ in collaboration with national choir of Georgia, ‘Ensemble Basiani’, which took place in front of a sold-out-audience at CTM Berghain.