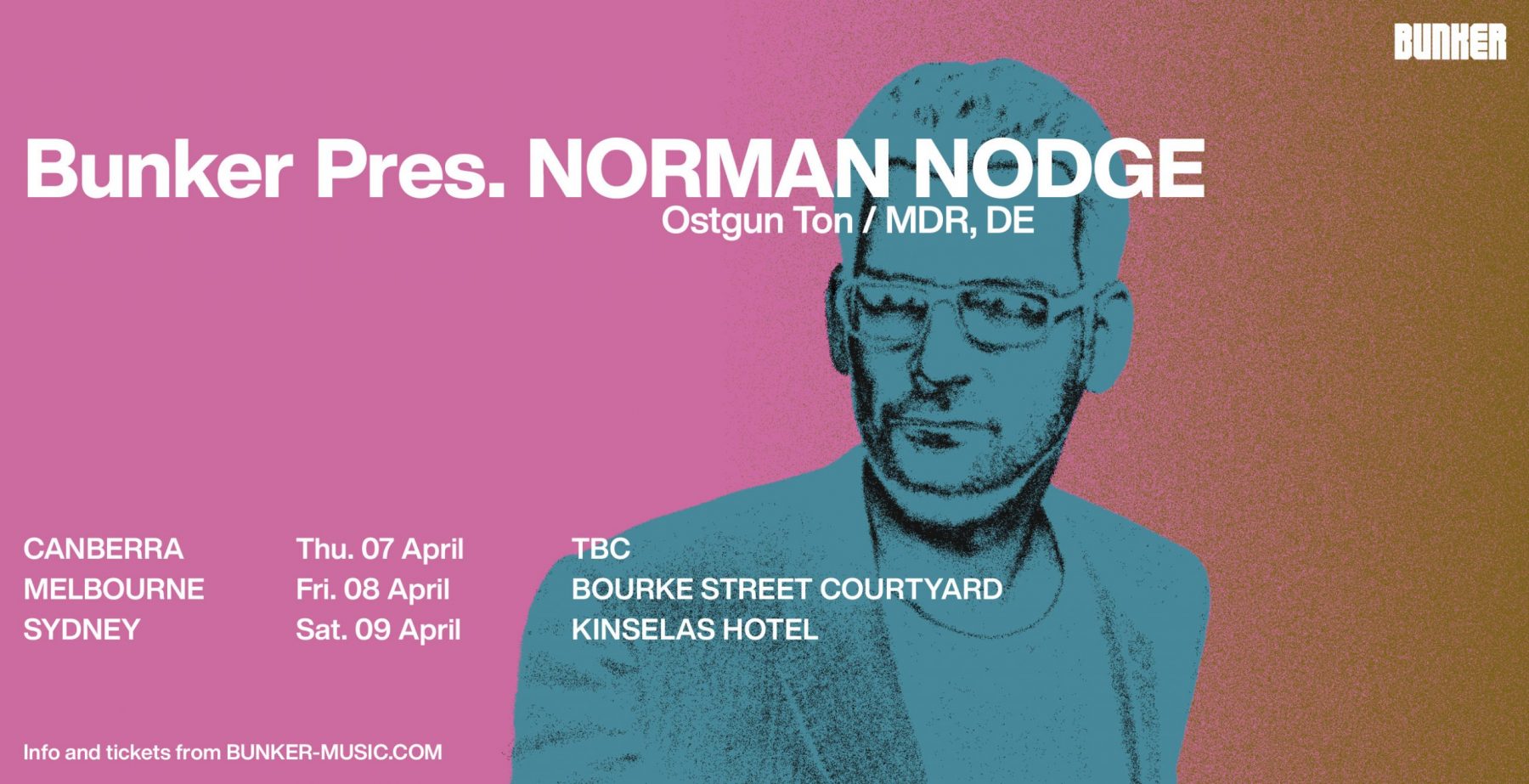 Norman Nodge has been a resident DJ at Berghain since 2005. Being a life-long music lover, DJ and promoter of his own parties during the 90s, Norman achieved his current status as Berlin’s secret weapon for serious techno.

Born in East German Leipzig, raised in Brandenburg, Norman got bitten by the techno bug after the wall came down. In 1994 he started to promote several events and launched his career as a DJ. At these parties, he got to know Marcel Fengler and Marcel Dettmann and literally became their mentor for all things techno.

At the end of the 90s, Nodge backed out of the local nightlife in order to focus on becoming a lawyer and starting a family. Five years ago, Marcel Dettmann pitched him to Berghain’s management and he returned to DJing and became a resident instantaneously. Since then, he plays Berghain once a month, specialising in the almost forgotten art of warming up at the beginning of a night. In 2005 he also started to produce his own tracks. His maturity proved to be very beneficial in terms of his artistic vision, as he made up his mind about what he likes and what not a long time ago already. Unsurprisingly, his outings on Dettmann’s MDR label, as well as his track “Native Rhythm Electric” for Ostgut Ton left a deep impression with headstrong techno lovers. With his dusty funk, static hiss and the rich thump of his kick drums, he managed to get himself recognised as one of techno’s more unique auteurs.

Norman Nodge cites Detroit techno (Jeff Mills, Rob Hood, 430 West), Chicago House (Relief, Dance Mania) and Techno (Luke Slater, Peacefrog, Mark Broom) as his most essential influences. Hence, it is not surprising that he fuses the old with the new and the soft with the tough when he plays out. “It is my goal as a DJ to make people dance without walking on trodden paths of recent trends. I want to sensitize dancers for unusual sounds, old and new.”