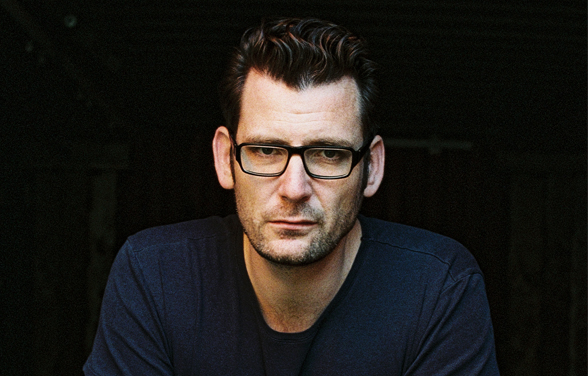 Norman Nodge has been resident DJ in Berghain since 2005. His longtime experience as DJ, party organizer and music lover have made him a Berlin secret weapon in terms of serious techno. Born in Leipzig, grew up in Brandenburg, he was captured by the techno virus after the opening of the wall. From 1994 onwards, he organized his own parties, on which he began his career as a DJ. At the time, Marcel Dettmann and Marcel Fengler, for whom Norman Nodge was an important source of taste and stimulus, crossed for the first time.

After a quieter phase from the end of the 90s, in which he concentrated entirely on his profession and his family, he came to his first gig in the Berghain by arranging Marcel Dettmann. Since then he has been playing there every month, happily and often the first four hours of the night. Starting to produce Norman Nodge only 2005 as he himself says: Late enough that he knew exactly what he did not want to do. His first two records on MDR and his track “Native Rhythm Electric” on Ostgut Ton are also very well done: With his dry radio, the endless noise and deep throb of Bassdrum, he has created a timeless, essential sound, Historical consciousness.

His main musical influences are from Detroit Techno (Jeff Mills, Rob Hood, 430 West), Chicago House (Relief, Dance Mania) and British Techno (Luke Slater, Peacefrog, Mark Broom). In his dynamic sets, Nodge now plays both new and old tracks, from quieter to harder. ” As a DJ, it is my ambition to make people dance, and to do so by means of means that lie apart from the usual paths or the current trend. And thus open them to the dance floor, the ears for unfamiliar old and new tracks. “