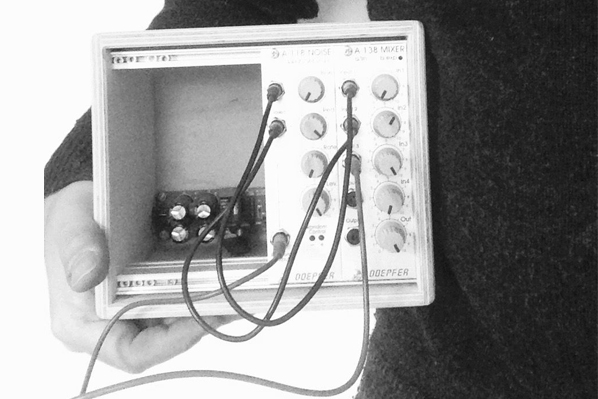 Roger Semsroth aka Sleeparchive, grew up in East Berlin, but he did not belong to the GDR born and raised kids that embraced Techno as soon as the Wall came down. His first love were Post Punk electronics of the darker kind and EBM, but those soon surpassed being mere references when he first made his name with the widely acclaimed projects Skanfrom and Television Set.

But he felt in love with Techno in the mid 90s, as the sound had already outgrown the raw disarray of its pioneering days. The sounds that attracted him to the proceedings were much more refined, reduced, and intense, produced by artists like Jeff Mills, Mika Vainio and Richie Hawtin.

When the first Sleeparchive 12“ hit the shelves of Berlin’s seminal Hard Wax record store institution in 2004, its success and impact on the international club scene seemed sudden at first, but well deserved as well. The run of subsequent releases in the following years fulfilled every early promise with aplomb. It established an impressive career that lasts to this day, and will most certainly continue for quite some time to come.

He soon joined the staff of the store that helped him to get recognized, and as other Hard Wax affiliated artists, he chose to keep his public profile low. But his profile as producer did not remain low at all. It soon became very obvious that the idea of Techno Sleeparchive pursued would not succumb to the trend imperatives of the scene. It was steadily dwelling on the initial enthusiasm for the music, whilst determinedly developing a signature sound further on with every new track, or remixes of likeminded other tracks, thus forming a body of work that is pure consequence, a whole canon of systematic studies in kicks, bleeps and loops, its frequencies and atmospherics bleak enough to not divert from anything you hear, and move to. Soon enough dues were not only continuously paid by DJs and music enthusiasts all over the world, but also by those who inspired him, and he became a genuine key figure of Techno himself.

Thankfully Sleeparchive did not remain a non-visible studio entity for too long. And just as his music became an integral part of the international Techno soundtrack, his live performances followed suit, either on his own or as TR-101 with fellow Hard Wax colleague DJ Pete aka Substance. For years now he was invited to unleash his sounds at nearly every major club and festival of the worldwide Techno circuit, carefully restructuring and redefining released and unreleased tracks in the process, meeting his deep concentration at work with crowds propelled to work even more. This archive offers few distractions, fewer compromises, and not much sleep.