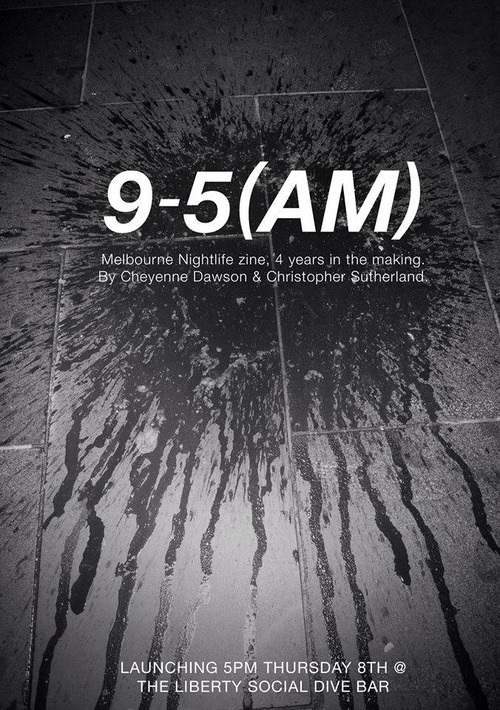 Long time and close friends of Bunker Christopher Sutherland & Cheyenne Dawson are tomorrow releasing a collaborative 40 page documentation on Melbourne’s nightlife in the dive bar at The Liberty Social.

Cheyenne Dawson:
Within in the 4 years that have drunkenly and highly gone past, I have been documenting the humans around me in my city of Melbourne. The people I get attracted by, consumed by and strangely indulge in.
It has all been worth the days at work with no sleep and a buzzing mind to go and process numerous amount of film and be like “Who is that babe?” .. or “Oh fuck” or just to feel pure joy by what I had captured.

Christopher Sutherland:
Since turning 18, I have always worked in or around nightlife. Roughly 3 nights a week, 144 nights a year, more hours than i want to know, for the past 4, approaching 5 years. I have always had a strange compulsion to document the people & events around me. It’s become an involuntary action. I have thousands of photos of people growing up, Looking their best & worst. Scenes, trends & the best and worse of this city.