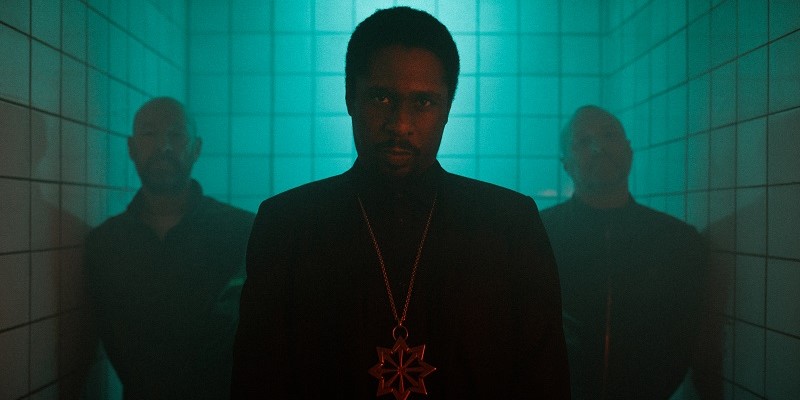 In their first outing since ‘They Can’t Be Saved’, released on Skam in 2020, they now enlist the talents of British rapper King Kashmere who features on two tracks. Where James Ruskin has appeared on Tresor Records for his seminal albums Point 2, Into Submission, The Dash and his recent Siklikal EP, the only appearance of Mark Broom on the label to this point was via his 2002 remix of The Golden Apple by Eddie “Flashin” Fowlkes.

The duo unveiled this new work and collaboration with King Kashmere in a live show for a 30th Anniversary event for Tresor Berlin televised on Arte, performing amidst a battery of lights and fogged-up refraction. There, they demonstrated their rough-hewn fundamentals, roving melodies and investigative power, newly advanced by inclusion of vocal elements.

‘Slinky’ marks a significant reference in the project, with The Fear Ratio shapeshifting by bringing vocalwork into their productions; continually pushing with their effect-heavy rhythmic styles and peculiar, wandering synthesis.

‘Slinky’ releases on June 24th – listen to a preview of ‘Spinning Globe (feat. King Kashmere)’ below.

Tresor will also be releasing the ‘333 Mirrors’ EP by Hague artist Torus on June 10th – check it out here.